See What People Are Talking About

“I had never thought to use a product like this before and I could not be happier with the results. I constantly struggle with a variety of different foods and digesting them properly but this has helped out substantially! Tasteless but so effective I have now been able to improve my digestion and gut health all in one.”

“I already take PRObiotics and recently learned that the combination of these with PREbiotics are actually quite good for your health! The fact that MSPrebiotic is tasteless makes it easy to be incorporated in my smoothies and morning protein shakes. I had some minimal bloating and discomfort the first days but I feel much better now.”

“I noticed a difference in just a few days.  As I got into my 30s, I was becoming more sensitive to dairy. It was getting to the point where I can’t even have real cream ice-cream without cramps and trips to the washroom.  After trying this I’ve been able to start having cream in my coffees again.  I think after awhile I can even try the good ice-cream again. I would definitely recommend this.  It gave me hope that one day I can enjoy my favourite foods again.”

“I tried this product, and let me first say whenever I need a quick bite to eat and I eat fast food my stomach feels terrible for days everything I’ve tried often still makes me feel that fast food feeling. I have tried many other products but this one is quite good. I would recommend it among its peers a top 5 brand. anyway with sometimes you can just use two scoops but most of the time a scoop or two a day and you’re good. overall I’d recommend this product good value but thank you.”

“I wanted to use this for awhile before reviewing so I can feel the benefits and give an accurate review. I noticed a great deal more energy, when your gut is happy your whole body is happy. I felt more motivated and happier. My bloatedness when down so much! Very excited about that. Also, TMI alert… washroom breaks were more comfortable. I love that it is caffeine free and has a big of fibre in it. It was easy to mix in my smoothie and I even added it to my yogurt some mornings when I was in a rush. It is flavourless which allows me to add it to just about anything… shhh I once added it into my morning cereal lol Great product!”

“I have been using this MSPrebiotic every morning in my shakes and so far I have noticed a positive difference in my digestion and regularity.  This has no taste, so it dose not change the taste of my drinks, which is a great  thing for me because I can’t stand anything that leaves an aftertaste, and this leaves no bad taste in my mouth at all.  It also comes with it’s own measuring scoop, so there is no fear of accidentally adding too much and ending up in a bathroom all day.  It has clear directions of how much to use, and how little to use when starting to first use the product. I will buy this again and I’ll be recommending it to family and friends. A++ product.”

Prebiotics helps with sleep too!

Started taking this last month upon recommendation from my doctor as one of the many supplements I am taking for insomnia. Conclusion first – it has worked wonders. I have been suffering from really bad insomnia for the last six years, and was even admitted to a sleep clinic for two weeks at its height. I’ve of course tried everything from multiple prescription meds to cannabis to meditation, change in lifestyle, diet, teetotaling, supplements, etc, etc. without any permanent or satisfying result. There has been recent findings however that prebiotics help with sleep (my GP has been doing loads of research to treat me and recommended that I give it a try), and with my daily dose of prebiotics, magnesium, and vitamin D, I can happily claim I am no longer an insomniac. Not only that, my quality of sleep has also improved – I sleep right through the night for a minimum of six hours (compared to 2-3 hours of cumulative sleep I used to get in a night). I’ve purchased thousands of products on Amazon over the years but this is the first (and probably only) review I’ve written, and I’m doing so in the hopes that it can help someone else get a good night’s sleep.

The question, "Is MSPrebiotics worth the money?" needs a story to answer:

I was very sick. My intestines had quit working. Everything I ate was suspect. My diet had become increasingly narrow and my meals smaller and smaller. I was barely eating any more.

I had already been using MSPrebiotics but the smallest dose (1 scoop/day) did not help me. I was about to abandon this product when I reread the bag and saw that a person could take up to 6 scoops/day.

So slowly, as recommended, I increased my dosage. I began to see improvements! Not satisfied though I kept increasing until I was on the full 6 scoops.

It was crazy! A night and day difference. My intestines started working again! I actually felt “normal”!

After some time, I slowly decreased the amount. I stayed “healthy” on 3 scoops/day. My health provider told me that my stomach was building back it’s natural enzymes.

But then, silly me, I decided I didn’t want to spend money on the powder. I decided to take something cheaper that would be just as effective.

So I quit MSPrebiotics and instead took psyllium every day.

For a while I was fine. The decline was not instant so that tells me I really had been getting better. But over time my symptoms returned. Pain. Constipation. A dwindling diet. And a struggle to hope that things could ever be better.

I don’t know why I didn’t see the relationship to how I was feeling to quitting taking MSPrebiotics but I didn’t. Not initially. And when I began to see it I felt a resistance. I did not want to spend money on it. Crazy, right? I mean, I had already spent stupid amounts of money on every other health product and practitioner that offered hope. Yet here I still was.

Then, when getting a massage to try to alleviate my pain, I mentioned this story to the lady, and she said, “Maybe you should start taking that again.”

That was all it took. I bought more MSPrebiotics and started taking it again. As I had discovered last time, for me one scoop wasn’t enough. But 4 was!

I have been taking 4 scoops now for a few days. Even after two days I already thought that perhaps things were getting better. Now I know it.

I am eating again. All sorts of lovely healthy things I had become afraid to eat. And every day my belly hurts a little less.

I live with Crohn’s Disease, due to this I do not have regular bms and they range from diarrhea to constipation. Since using MSPrebiotic I have found and increase in bm regularity and consistency, and decrease in abdominal pain and bloating!

So far so good 👍 would recommend 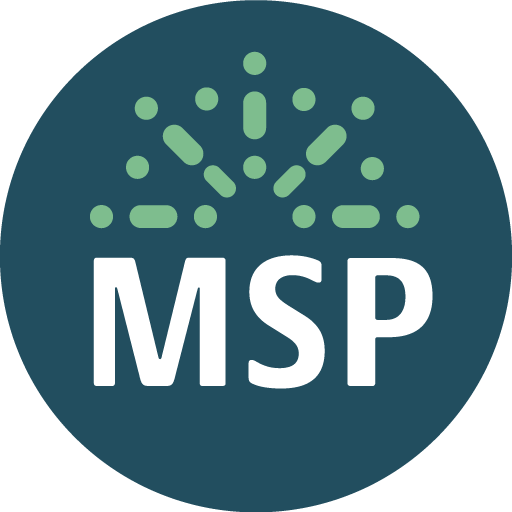